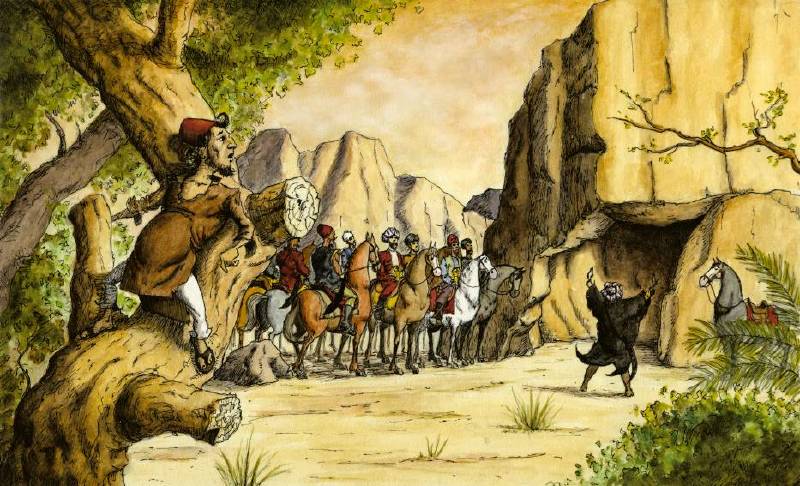 In the lower part of Cornei in Alpago, the Valturcana river flows, as tributary of river Tesa, the largest watercourse in the area.

On the origins of the name Valturcana (literally translates as “the valley of the Turks”), legend has it that some hordes of Turks, many centuries ago, arrived in Alpago from what we call Austria today, carrying precious objects and artefacts, as a result of their thefts and raids.

As the Turks were preparing to return to their remote lands, they realised that they were being chased by a group of knights. In order not to risk losing everything in an expensive battle, as well as trying to shorten their return journey, they had the brilliant idea of reaching East through a narrow valley, which from lower Alpago leads to Cansiglio, from where the retreat towards Friuli and the Ottoman lands could have been easier and safer than the normal route through the Venetian plains.

The Turks then entered a valley that flanks the hamlet of Cornei at the bottom of which, at the time there were no rivers. The chasers, however, noticed the swift detour and continued to engage the fugitives, whose march was considerably slowed by the weight of the treasures, objects and wealth accumulated during their robberies.

The Turks, then, having reached just beyond the middle of the valley, began to feel the breath of the knights on their necks. In fear of being caught and compromising the result of their expedition, they decided to bury the treasure in one of the numerous gorges and ravines that scattered the valley. The idea was to come back to retrieve the treasure in a safer time in the future.

Thus, they managed to escape, after burying the precious objects. They arrived in Cansiglio first, and from there proceeded towards Friuli. Once they reached the Balkans, however, they were attacked and defeated in battle by other barbarian hordes, and no one survived.

Since then, the valley described in this story took the name of Valturcana, or valley of the Turks. Same goes for the little river that in later times began to flow there.

Their treasures, according to popular tradition, are still found buried somewhere in the valley. The legend tells us it is a huge treasure made up of gold coins, gems and precious stones, jewels and valuable objects of various kinds, all contained in old copper buckets.

Tradition also has it that many, over the years, have attempted the search for the treasure, without however succeeding.

The metaphor in the legend of the Turks in Valturcana:

The treasure, most likely, metaphorically and in a broad sense represents the history of the cultivation of the vine in Alpago, which until recent times extended precisely, as far as Valturcana.

Today the Valturcana Valley is often subject to landslides, collapses and general abandonment. Other areas of the Alpago have, however, overtaken Valturcana for the production of different types of wines.