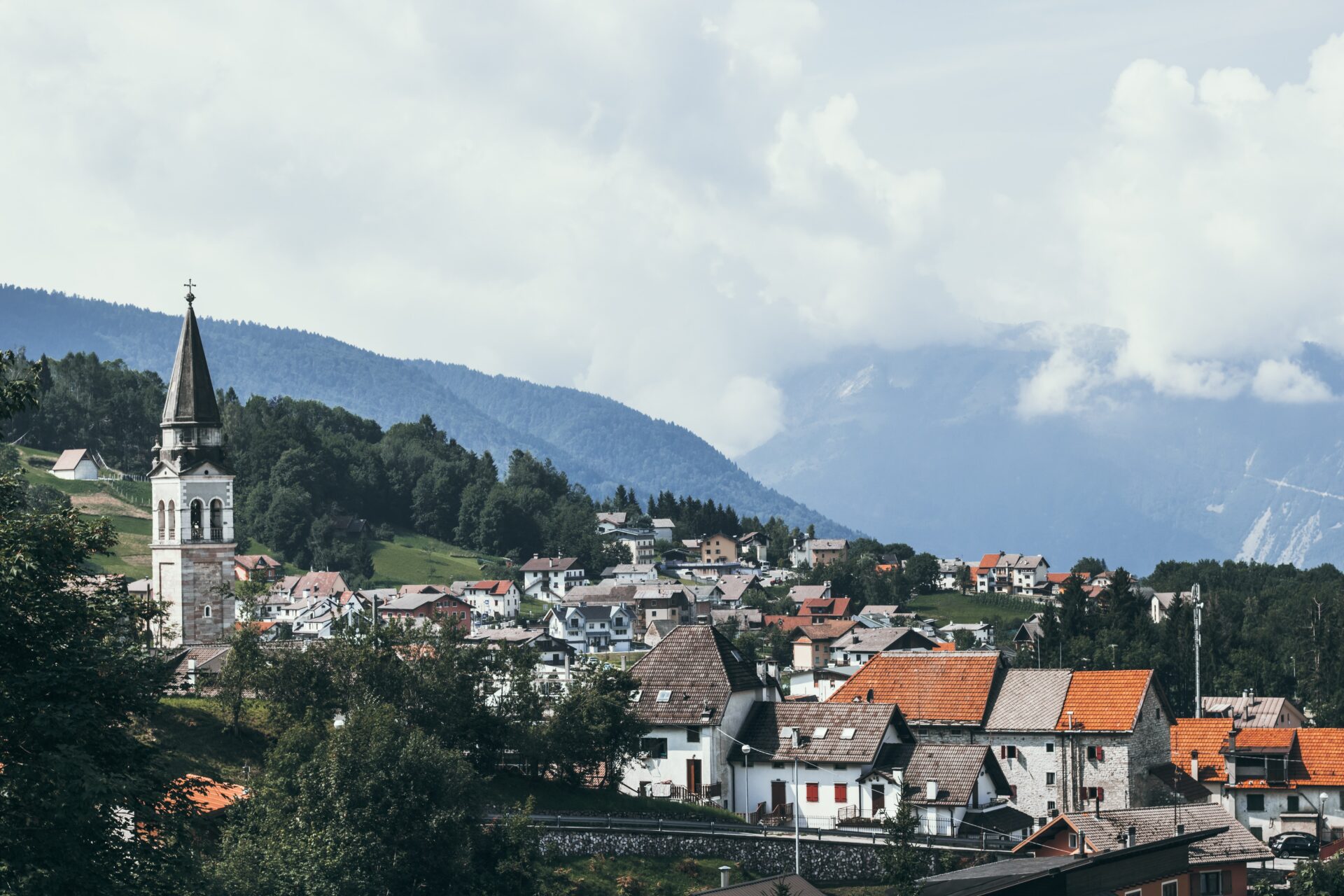 Tambre (or Tambre d’Alpago) is an Alpine town of 1293 inhabitants that belongs to the Alpago area, in the Italian region of Veneto. Tambre is located 922 m above sea level.

The history of Tambre goes hand in hand with the one of the rest of Alpago, and is closely connected to the neighbouring Cansiglio Forest (the so-called “Doge Forest” or “Most Serene Forest“, as it was significantly linked to wood production during the Republic of Venice).

The parish of Tambre was established in 1730, becoming independent from the older one of Pieve d’Alpago, and the current church was consecrated in 1845.

Dedicated to alpine activities & sheep farming, and in particular to the breeding of the delicious Alpago lamb, the community of Tambre has progressively grown over the last few centuries, to the point of becoming, more recently, a popular tourist destination.

Unfortunately, due to its inconvenient location, adverse winter weather and with a progressively ageing population, the town of Tambre has seen a steady demographic decline, going from over 2500 inhabitants in 1921 to less than half of that, just one century later in 2021.

Monuments and points of interest:

The parish church of Tambre is a valuable nineteenth-century building dedicated to Saints Ermagora and Fortunato (martyrs from Aquileia and evangelisers of Alpago); it is flanked by an imposing bell tower, symbol of the town, and preserves inside, among other noteworthy works of art, a Via Crucis made by the Belluno painter Paolo De Filippi.

Near Tambre you can also visit the Alpine Botanical Garden, named after “Giangio Lorenzoni”, which contains over 700 plant species from the Cansiglio-Cavallo mountain range.

In the hamlet of Valdenogher you can explore the Alchemist’s House, an ancient and fascinating building (now a museum), whose history and function can be traced back to the mysterious practice of alchemy.

In the hamlet of Sant’Anna there is a very singular Book House (casa del libro in Italian), built by the Venetian sculptor Livio de Marchi: it is a private wooden house with a very particular design, whose main elements, including the facades, the roof, the chimney pot and fence resemble objects and tools related to reading and writing (books, glasses, pencils).

Located at over 2000 meters above sea level, the Semenza Refuge “Hut” is an essential destination for lovers of sports and mountaineering excursions.

Near Col Indes there are the remains of an ancient Cimbrian village, silent guardian of the rural life of the small communities of Celtic-Germanic origin that for centuries inhabited the Alpine plateaus. Finally, the picturesque village of Micei, in the locality of the same name, is a small complex of nineteenth-century rural buildings, now abandoned, which testify to the pastoral vocation of the original local families.