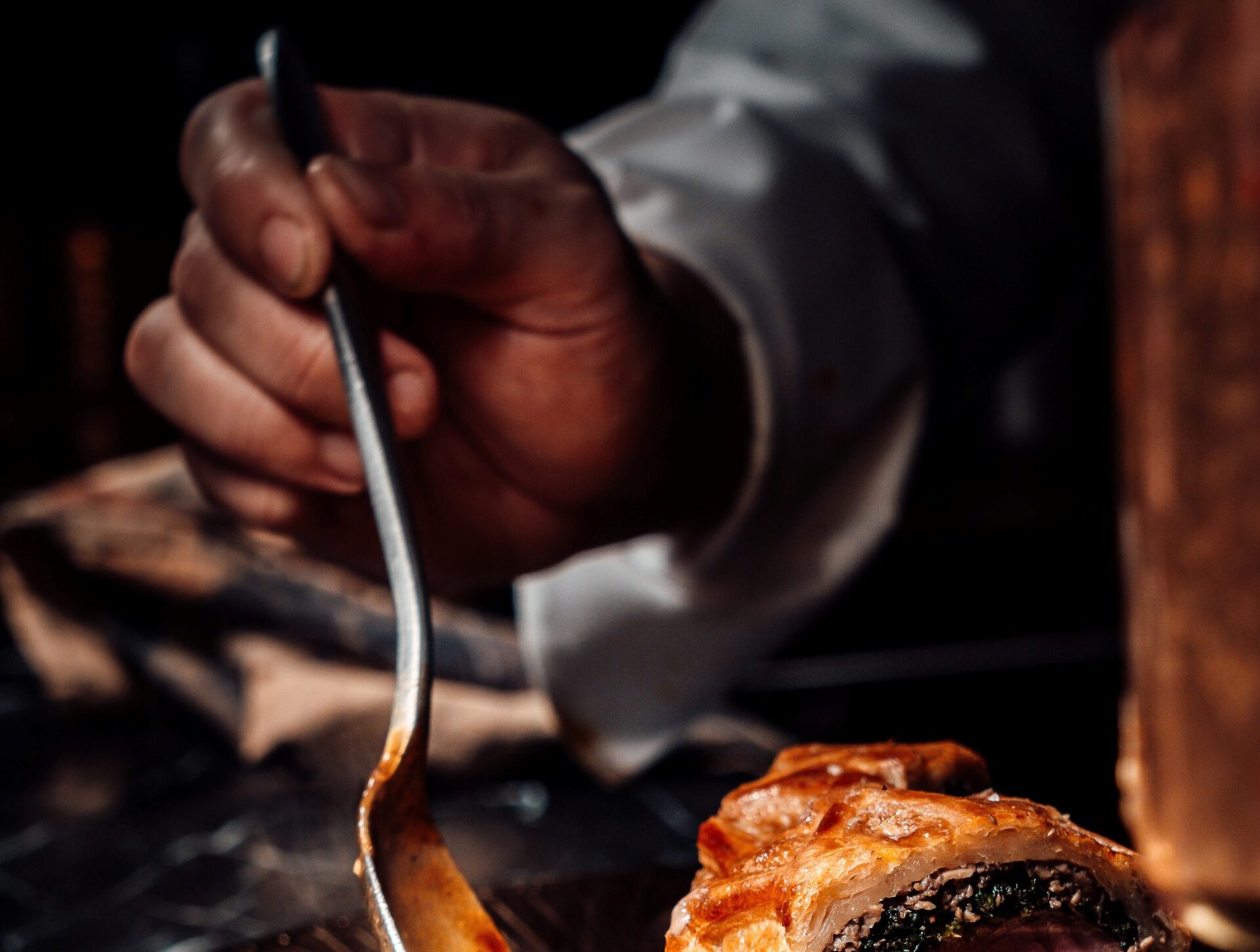 Alpago is the home of outstanding food and fine dining. In fact, by carrying out a simple search on the Official Michelin Guide, you can swiftly notice that 50% of the Michelin starred restaurants of Belluno are located in Alpago. The other two are located in ski resort town of Cortina.

Below, an image directly taken from the Official Michelin Guide illustrating the geographical position of all Michelin starred restaurants within the province of Belluno (Zoom image to enlarge).

Locanda San Lorenzo was founded over a century ago as a neighborhood tavern. The restaurant was originally housed in a former post station. Over the years, the “Locanda” has evolved into a restaurant and also a hotel, becoming increasingly important from a culinary point of view locally, nationally and internationally. In fact, in 1997 the restaurant was awarded a Michelin star. In 2020, Locanda San Lorenzo turned 120 years old.

The varied menu is predominantly based on local produce, whilst at the same time aiming at propelling innovation. The result is a perfect combination of new dishes of “traditional and ancient origins”, interpreted with modern flavours and combinations.

The relationship between the restaurant and the local farmers & traditions makes the San Lorenzo menu rather unique, as it perfectly tunes in with the rhythms of the seasons, and most importantly with the availability of local produce in a completely organic and sustainable way.

The menu of Locanda San Lorenzo offers both dishes from “the land and the sea”, with unique, genuine interpretations and attention to detail. One of the specialties of Locanda San Lorenzo is the famous Alpago Lamb. The Locanda dedicates various dishes to this local excellence, by enhancing its very tender, succulent and extremely tasty meat.

At Locanda San Lorenzo you really feel at home, thanks to the quality of the service and the welcoming spirit of the staff, who are able to create a comfortable and harmonious environment. The menu of the Michelin starred Venetian restaurant is inspired by the heritage of the area, which combined with the kindness of the waiters in the dining room, makes the experience unforgettable.

How much does it cost to eat at Locanda San Lorenzo in Alpago?

The answer to this question is not simple nor univocal, as it depends on the dishes you order, if you include wine in your meal, and your individual preferences. In general, you can spend between 50 euros and 150 euros per person on average.

The San Lorenzo cellar holds over 800 wine labels, both from Italy and worldwide. From sparkling wines to rosé wines and dry or mineral white wines; or full-bodied and tannic red wines, to finish off with sweet wines to accompany your dessert. The wide wine offering is designed to match every dish and satisfy any preference in taste.

Strategically located in the center of Alpago, the hotel is the ideal starting point for excursions and walks in northern Veneto. Not far from Locanda San Lorenzo are the Dolomites, the Prosecco hills, between Valdobbiadene and Conegliano, Lake Santa Croce and Cansiglio. From the hotel it is also possible to easily get to the industrial area of ​​Alpago or to the Longarone Exhibition Centre (Longarone Fiere in Italian).

Sleeping at Locanda San Lorenzo can cost between 78 euros and 120 euros per night, depending on the room and period of stay. These figures are updated to 2021.

In conclusion, whether you want to experience outstanding eating sensations, or spend a few days in a hotel that comes with Michelin-starred restaurant service, Locanda San Lorenzo is certainly one of the best options in Alpago and Veneto. For any questions or further information, get in touch with us here.